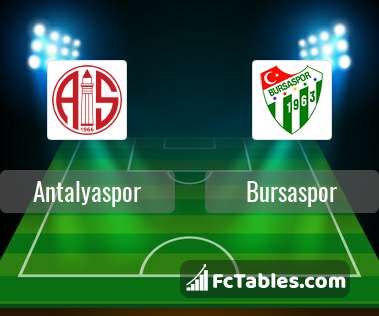 The match Antalyaspor-Bursaspor Super Lig will start today 17:30. Referee in the match will be .

Team Antalyaspor is located in the middle of the table. (7 place). In 5 last games (league + cup) Antalyaspor get 7 points. Antalyaspor did not win the match from 2 games. From 3 matches at home no lost a match. Leading players Antalyaspor in Super Lig is: Souleymane Doukara 10 goals, Mevlut Erdinc 9 goals, Hakan Ozmert 4 goals. Players Souleymane Doukara 2 assists, Mevlut Erdinc 1 assists, Hakan Ozmert 4 assists will have to be very well guarded by defenders Bursaspor, because they have the most assists.

Team Bursaspor is in the releagtion zone of the table. 17 position. Form team looks like this: In the last 5 matches (league + cup) gain 2 points. From 8 matches away can't win a match. The best players Bursaspor in Super Lig, who scored the most goals for the club: Aytac Kara 6 goals, Iasmin Latovlevici 3 goals, Diafra Sakho 3 goals. Most goals developed: , Iasmin Latovlevici 2 assists, Diafra Sakho 1 assists. 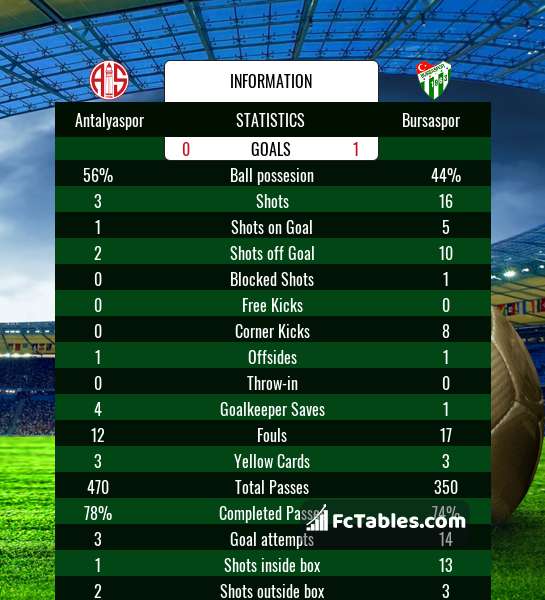 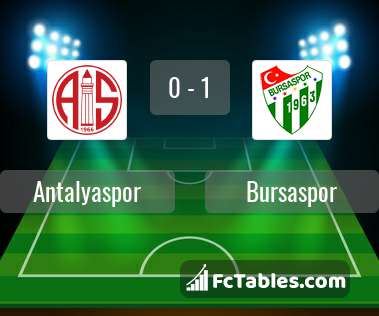