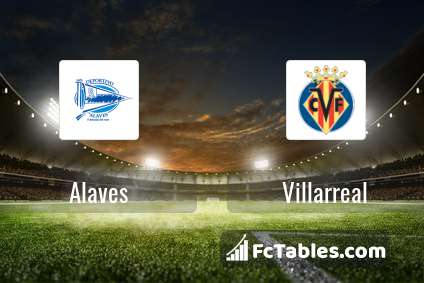 Kick off Alaves-Villarreal in La Liga on today 19:00. Referee in the match will be Adrian Cordero.

Team Alaves is in the releagtion zone of the table. 18 position. Alaves in 5 last matches (league + cup) have collected5 points. from 2 matches team have not been defeated. The best players Alaves in La Liga, who scored the most goals for the club: Joselu 7 goals, Lucas Perez 4 goals, Edgar Antonio Mendez 4 goals. Players with the most assists: Joselu 1 assists, Lucas Perez 3 assists, Edgar Antonio Mendez 1 assists.

Team Villarreal is located in the middle of the table. (6 place). In 5 last games (league + cup) Villarreal get 12 points. From 3 matches away no lost a match. Players Villarreal in La Liga with the highest number of goals: Gerard Moreno 20 goals, Francisco Alcacer 5 goals, Daniel Parejo 3 goals. Players Gerard Moreno 5 assists, Francisco Alcacer 4 assists, Daniel Parejo 4 assists will have to be very well guarded by defenders Alaves, because they have the most assists. 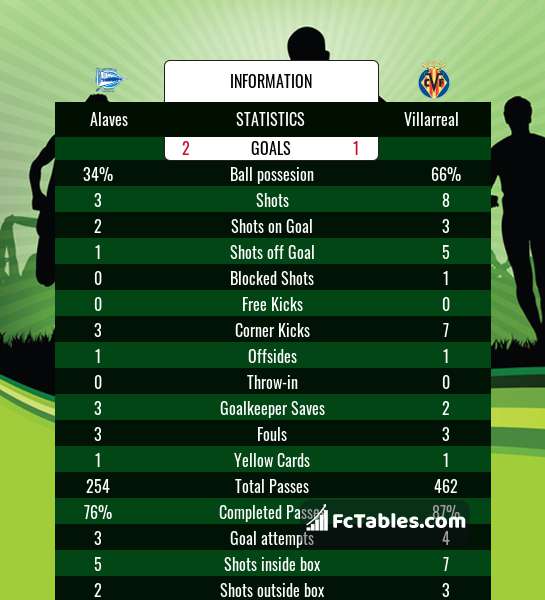 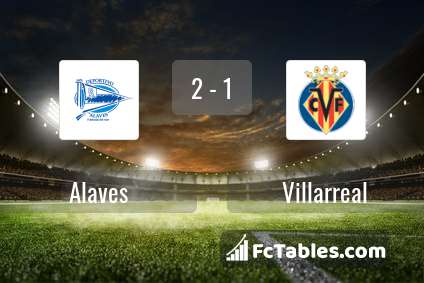 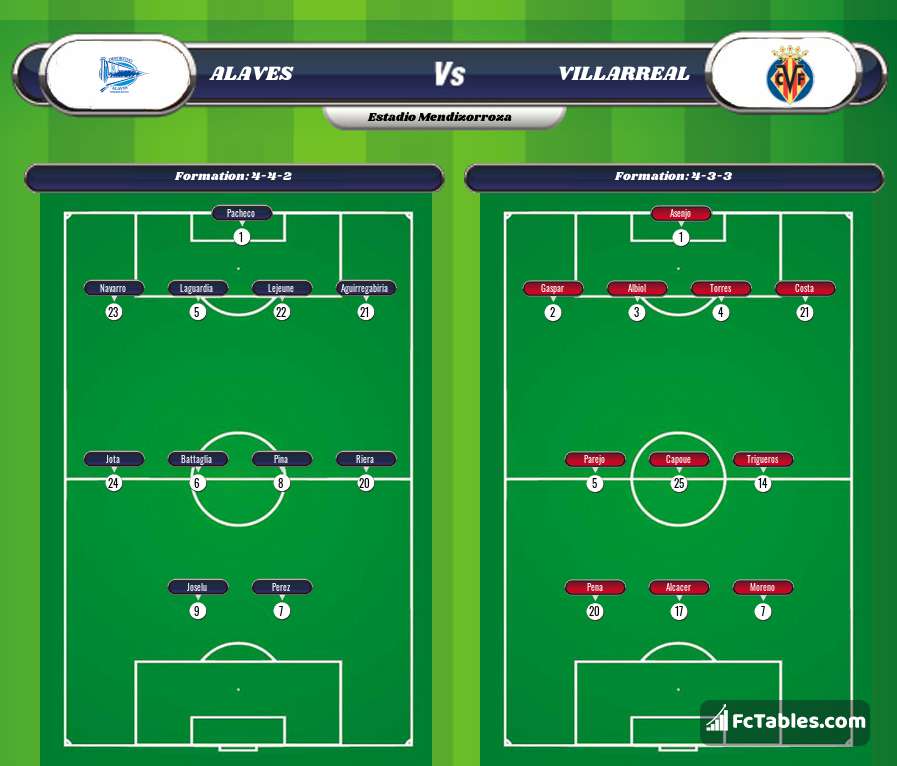