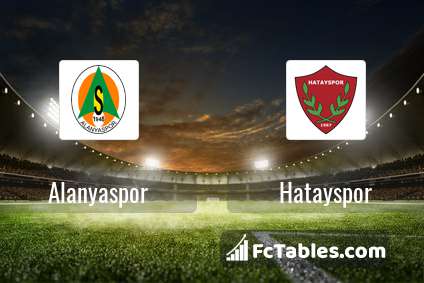 Team Alanyaspor is at the top place in the table (3 place). In 5 last games (league + cup) Alanyaspor get 7 points. The best players Alanyaspor in Super Lig, who scored the most goals for the club: Adam Bareiro 2 goals, Davidson 1 goals, Mustafa Pektemek 1 goals.

Team Hatayspor is at the top place in the table (5 place). In 5 last games (league + cup) Hatayspor get 7 points. In this season games Super Lig the most goals scored players: Mame Biram Diouf 1 goals, Helder Barbosa 1 goals, Selim Ilgaz 1 goals. They will have to be well guarded by defense Alanyaspor. Most assists in the club have: Mame Biram Diouf 1 assists. 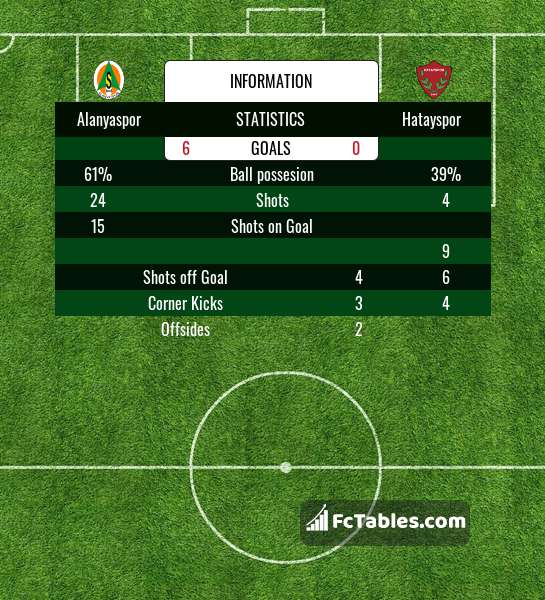 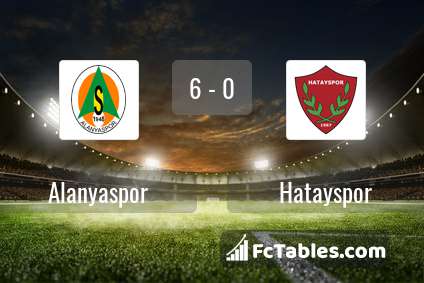