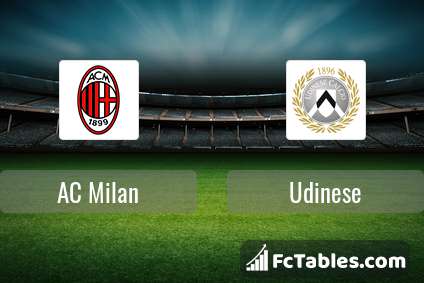 Kick off AC Milan-Udinese in Serie A on today 19:45. Referee in the match will be Davide Massa.

Team Udinese is located in the middle of the table. (12 place). Form team looks like this: In the last 5 matches (league + cup) gain 10 points. Udinese did not win the match away from 2 games. Udinese has not been defeated from 2 matches. The most goals in Serie A for Udinese scored: Rodrigo De Paul 5 goals, Ignacio Pussetto 3 goals, Stefano Okaka Chuka 3 goals. Most goals developed: Rodrigo De Paul 4 assists, Ignacio Pussetto 1 assists, Stefano Okaka Chuka 1 assists.

In Udinese not occur in the match due to injury: Mate Jajalo, Gerard Deulofeu, Ignacio Pussetto, Fernando Martin Forestieri. 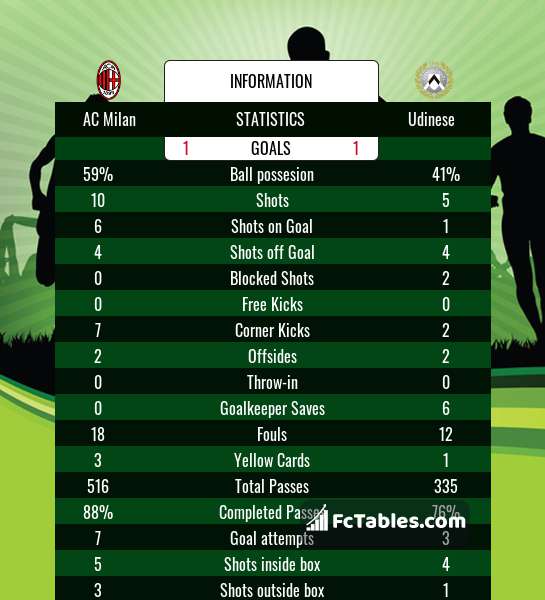 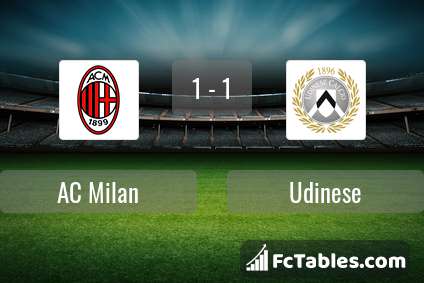 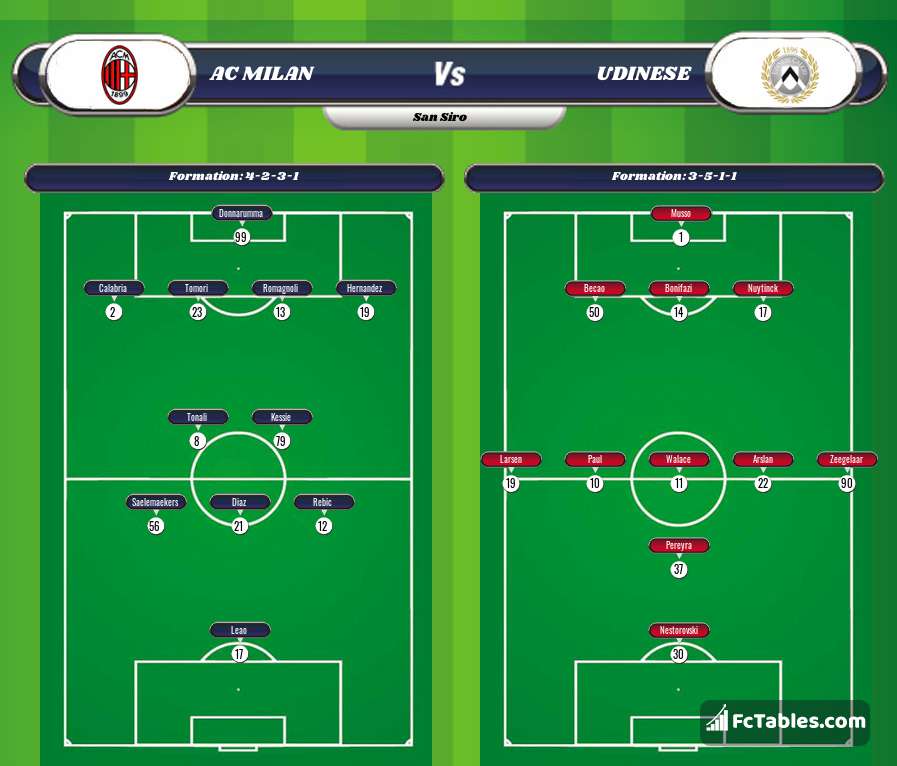